There are no futures contracts listed for this game.

Monthly sales futures contracts are just like stocks except they only represent the sales of one month and cash out when the NPD Group reports sales for that month.

Metascore futures contracts forecast the Metascore a game will receive on Metacritic.

Final Fantasy XII brings together certain features of the Final Fantasy XI MMORPG with the traditional Final Fantasy game play. Combat no longer enters a separate view from the regular game view. In this sense, the world to combat transition is more like Chrono Trigger. Enemies are now seen in the world exploration view and engaged when you approach them or avoided if you run past them. Random encounters can still occur with enemies jumping out of hidden areas.

Although the combat is still menu based, it is not so much turn-based. Players can assume control of any of the three active characters in the party and assign them orders. The character will then execute the order once the time gauge for that order has been filled. If no orders are given to a character, then the character will act as pre-programmed by gambits--a new feature that allows the player to set what the character does depending on certain conditions that occur in combat. One example is to cast the cure spell if an ally's HP is under 80%.

Final Fantasy XII offers a new limit break system called Mist Quickening. The game also brings back Espers (as seen in US Final Fantasy III) as summons. However, the summoner no longer becomes inactive when an Esper comes into play. Instead, summoned creatures will now fight alongside the character who summoned it (the other two party members become inactive). The game adopts a similar character progression system as Final Fantasy X (PS2) with a new system called the License Board. This new system is more flexible in that the player does not need to progress down a track but can grow a character in various directions.

The game goes back to the series' roots. Minigames have been largely removed, such as the Temples in Final Fantasy X (PS2), and the challenge returns from very difficult boss fights.

Final Fantasy Storms in at Number One, Tops the UK All...

Final Fantasy Storms in at Number One, Tops the UK All Format Chart
Comments (0) | Permalink

Score 5/5: Final Fantasy XII could be the definitive...

Score 5/5: Final Fantasy XII could be the definitive console RPG of this generation
Comments (0) | Permalink 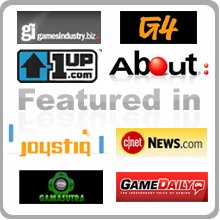